KANSAS CITY — Blog sites and message boards have been peppered with double-standard allegations. Hate crimes against “blacks” vs. alleged hate crimes against “whites” are at center-stage. The alleged February 28 incident in Kansas City is the

It was a Tuesday afternoon, when 13-year-old Allen Coon told police he was followed home from East High School by what he described as two black males with facial hair. According to the police report (see PDF here), one of the alleged assailants “bear-hugged” Allen as he was trying to unlock his front door and go inside. One of the assailants picked up a gas can.

According to the police report, the assailants said “this is what you get.” They allegedly lit the gas can on fire with a lighter. But the assailants dropped the gas can and spilled its content on the porch. One of the suspects “successful[ly lit] the gasoline. It produced a large fireball that burned the face and hair of [Allen],” according to the report. The suspects then ran away.

Dale Goin, Allen’s father, indicated that the gas can belonged to him. He placed it outside on the front porch himself.

The case has become a rallying cry for certain segments of the population. Anti-immigrant groups and white supremacist bloggers blame “racist” teachers at the school. Several bloggers alleged a double standard in media coverage with the murder of Trayvon Martin and this alleged attack.

Here is a report from KMBC in Kansas City about the incident. It was posted by an angry Youtuber and entitled “16 yr old Black Thugs try to Kill 13 yr old white boy setting him on fire.” (note: this account was removed by Youtube; thus video also removed) 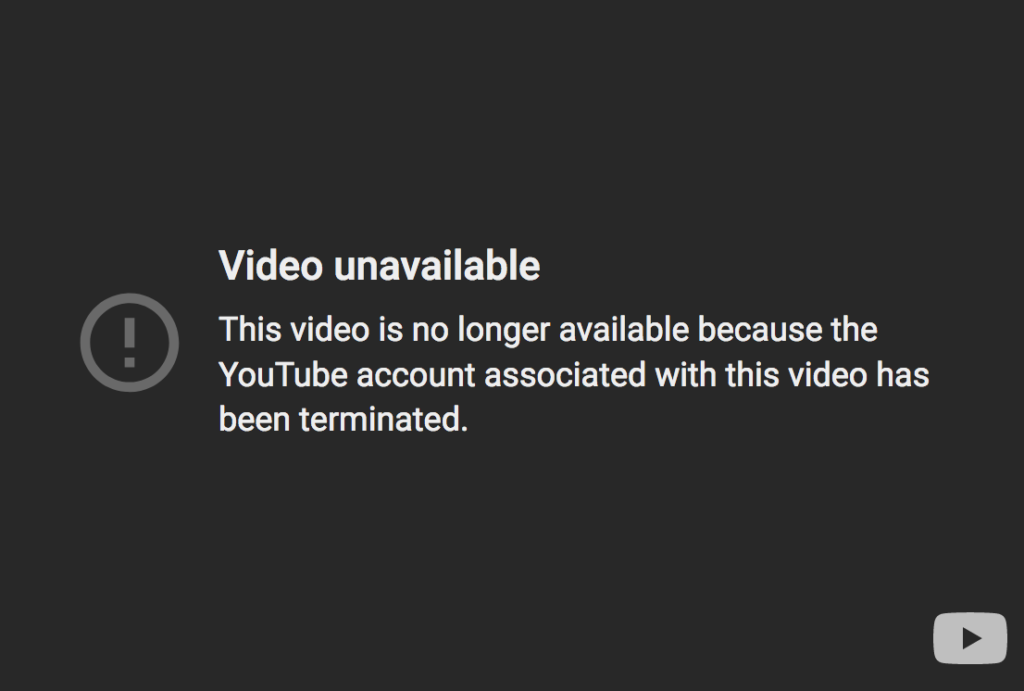 Sergeant Stacey Graves told the OP-NAT EYE that there are still no suspects as of today, which is where questions begin to arise. There are many parts to this story which have either been completely sensationalized by the blogosphere and others which are factually incorrect and/or completely suspect in nature.

The gas can which was allegedly used by the alleged assailants was not taken in by police as evidence. KMBC reported the gas can was still there “24 hours after” the attack, while they filmed their story. Police could easily use forensics. Get fingerprints off the gas can and identify the suspects immediately.

“This is still an open investigation, so we cannot discuss any evidence we have or have not gathered,” Graves said. Reports of Allen being “doused” with gasoline are not correct, Graves said. The gas can was dropped, spilling some of the contents on the porch and splashing some on the alleged victim and assailants.

Facts and allegations not adding up

Comments on the Youtube videos question how the boy only received first degree burns if he was “doused” in gasoline. It’s also improbable for Allen Coon to he put out the fire with a gasoline-soaked shirt. The sergeant acknowledged that Melissa Coon, Allen mother, said the assailants called Allen “whiteboy.” But police made clear that is not part of the official report.

“We are taking them at their word and will continue to investigate this as a potential hate crime,” she said. There is not enough evidence at this point to call it racially motivated, she said.

There are also many accounts saying the alleged assailants are “16-years-old.” Their ages do not appear in the police report. But let’s assume the age range is correct. Kansas City’s East High School has about 1100 students in grades 7-12. Assuming all classes are equal in size, the number of potential suspects shrinks considerably if they were “16,” “had facial hair,” and are “black.”

Coon [Goin] family had many solutions offered to them

Graves said police are still talking to school officials to determine whether something happened at school that day leading up to the alleged attack. Still, nobody seems to be able to identify the suspects from such a small, finite sample size.

The Missouri Board of Education stripped Kansas City Public Schools of its accreditation last September (went into effect January 1, 2012). The district failed to meet minimum performance standards. The district is apparently terrible. It was also stripped of accreditation in 2000. Jackson County Judge Brent Powell denied a request for a temporary restraining order filed by six suburban schools. The court refused to halt mass transfers to their schools.

The comparisons of this case to the Trayvon Martin murder in Florida is the subject of many web forums. High emotions and anger are clouding the fact that the murderer of Martin, George Zimmerman, has been unequivocally identified and is on several 911 call tapes, yet still has not been arrested. The alleged assailants of Allen Coon have not been identified and as soon as they are, it is inevitable they will be arrested and charged with assault. The evidence in both cases is also night-and-day…one being hearsay, the other backed by witness accounts and 911 tapes.

Some have gone as far to say the entire Allen Coon case is a hoax, directed by an angry mother who is upset at the school district and her living conditions in Kansas City. She also knows there is a white audience who will help her disseminate her tale. Others have even set forth the “black boogeyman” theory – blaming a black person for a crime that either never happened or clearly involved another suspect.

There is one indisputable fact about this case, in that it has white Americans up in arms because there is not much media attention and the Kansas City Police are not investigating it as a hate crime. But Sergeant Graves said that could change.

“At this time, we have no evidence this assault was a bias or hate crime,” Graves said. “The incident is still under investigation and is actively being worked by Assault Squad detectives in our Homicide Unit. If investigators discover it is a bias or hate crime the report will be reclassified as such. This is not an incident we take lightly. Detectives have reached out to the community and members of the school district in the course of this investigation to learn as much as they can about what occurred and may have led up to the assault – and they are still doing that today.”

monster-island.net has confirmed that the photo used on the Justice for Allen Coon Facebook page is not Allen. It’s an Afghani female burn victim. The administrator of the Facebook page is named “Melissa.” She told us she is not the mother of Allen Coon. The Facebook profile pic has since been changed. The page also took down Operation-Nation staffer Annabeth Milosevic’s comments. They included a link to this story and asked why a phony picture is being used. See below. 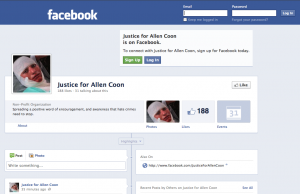 Before and after “Justice for Allen Coon” Facebook page. 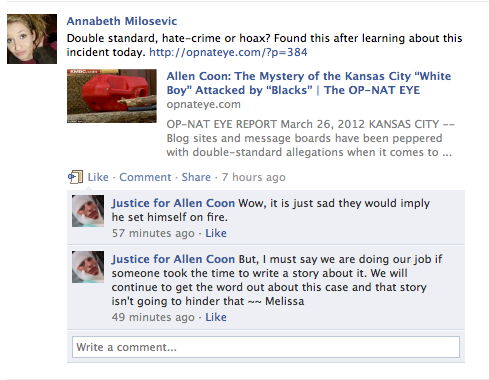 And above is the deleted comment by our staffer.

Here is a comment left on our site by Ms. Coon, which we have taken down due to a phone number being listed on it.

“I am the mother of Allen Goin, not Coon as the media portrays.  [I] am not sure who has been setting up fake pics and pretending to be me.  But it is unfair and sad the nation portrays us this way. please contact me [redacted] if any questions or contact the local kcpd and they can forward the message. Also I’ve never lived in texas. have lived in missouri my whole life. you have me mixed up with the other lady that had problems from the school.”

We will be updating the story further once we speak with or receive email correspondence from Ms. Coon.