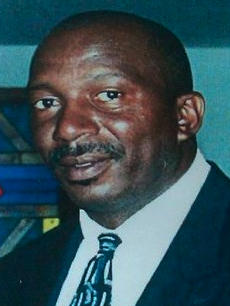 Nearly 10 months have now elapsed since unarmed, 54-year-old Bernard Bailey was summarily executed by former Eutawville, South Carolina police chief Richard Combs, as he sat in his pickup truck in front of the town hall building. Combs was immediately rewarded with a paid vacation, aka “paid administrative leave,” while Mayor Margaret Atkins only public comment about the murder was a press release which does not even mention Mr. Bailey’s name. The city stopped paying Comb’s salary two months into the “paid leave,” and appointed a new chief, Wesley Cook, this past November.

Kathryn Richardson, the Internal Affairs and Public Information Director for South Carolina Law Enforcement Division (SLED), told us this afternoon that their report has been forwarded to South Carolina’s First Circuit Solicitor’s (prosecutor’s) Office and that she has no further update. She could not confirm whether the state solicitor and the U.S. Attorney were conducting separate or a joint review of the report. We reached out to Xochitl Hinojosa, the Public Affairs Specialist for the U.S. Department of Justice via email. We received an Outlook “read” receipt, but no response as of publishing time.

We will update further if we receive more information.