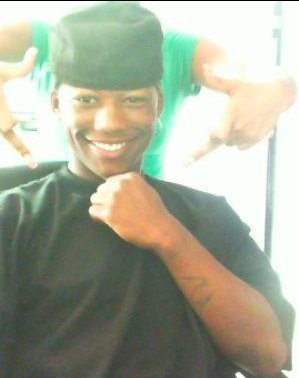 PHOENIX — For those of you unfamiliar with what happened to 15-year-old Alexander Wilson, here is a quick re-cap.

It was two weeks ago, Sunday, April 7, when Mr. Wilson and Mr. Will Brown, 18, were driving a car near 35th Avenue and Camelback Road in west Phoenix. The two men noticed something that is now regular, normal life for every Nubian man – young and old, rich and poor – in America. They were being followed by armed state employees Euro-Americans call “police,” specifically the Arizona Department of Public Safety (aka “DPS” or highway patrol). The two young men, knowing it is always a life-and-death situation when they encounter these employees, instantly feared for their lives.

Mr. Wilson pulled into a Chevron station and the cop followed them into the parking lot. As soon as the two men exited the vehicle, the Euro-American cop opened fire on Mr. Wilson, shooting him in his eye with an AR-15 military rifle. He died instantly. The cop, whose name is being protected by Arizona government, was of course rewarded for the kill with a paid vacation, aka “paid administrative leave.” Listen to the family of Mr. Wilson, including Mr. Brown (who witnessed the murder), tell you exactly what happened.

And now we get to the state-run media accounts of the murder. CBS 5, Fox 10 and every other mainstream outlet in Arizona reported that Mr. Wilson tried to “run the officer over with a stolen vehicle.” State-run media go on to say that Mr. Wilson had a “felony warrant for armed robbery” and that is why he was running from police. We called the Phoenix Police Department last week to get documentation and details of this warrant; specifically if it was a death warrant which gave some cop permission to summarily execute Mr. Wilson.

We also wanted to know the procedure to obtain one of these warrants, and if they at all tie to the new authority of the White House being able to order kills of American citizen anytime they please. A couple messages were left, but the calls were never returned. We also called DPS and asked for the cop’s name. A background investigation needs to be done on the cop, but it appears they will protect their killer at all costs. We were placed on hold for about 10 minutes before hanging up.

But forget mainstream media for a second. Everybody knows said media work in the best interests of the state and those who possess a lot of Federal Reserve notes (known as “the wealthy” in America). It is the comments left by readers that epitomize Euro-America’s perception of black people. That includes the so-called “liberals” who love their Obama.

The KTVK 3 story about the murder has seven comments not left by family or friends as of publishing. Five of those comments, verbatim, are things like “good job officers protecting…us from this thug” (Beverly Gladstein). Another praised “officers” for “dealing with the scum and criminals daily” (Kimber Timberline Barber). And of course there’s the “another scumbag off the streets” comment (Louie Rodriguez, Jr.). The KPHO 5 story has 39 comments, 28 of which may as well say “I hate niggers” in them.

The 11 comments from those genuinely concerned about a child being gunned down by police all received numerous “thumbs down.” The Reddit and Fox 10 comments are equally telling (and expected).

Though Euro-Americans simply call anything pointing out their feral nature “the race card,” scientific methods and common sense prove their innate predispositions. A Gallup poll from last month showed that a healthy majority of Americans oppose drone strikes against American citizens living here or in foreign countries who are “suspected terrorists.” This theory, however, doesn’t hold up in real-life tests.

Colorado-born, 16-year-old American citizen Abdulrahman al-Awlaki was killed by a drone in Yemen on October 14, 2011; a couple weeks after his father, Anwar al-Alwaki, an American citizen born in New Mexico, was killed by another targeted drone strike in Yemen. An Angus-Reid poll, taken a few days after the elder al-Alwaki’s death, found that 69 percent of Americans approved of the killing.

Ironically, President Obama’s overall approval rating rose after the killing, primary due to Republican approval of the al-Alwaki (Muslim) murders. 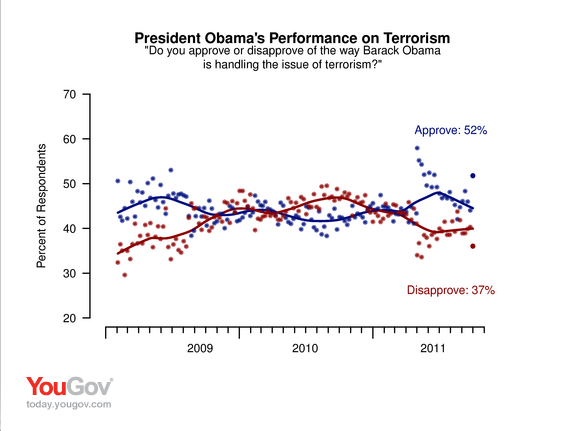 The reason these numbers are the way they are is obvious. For instance, 74 percent of black baseball fans wanted Barry Bonds to break Hank Aaron’s homerun record a few years ago; only 28 percent of white fans wanted the same. State-run media made Natalie Holloway, Jon Benet Ramsey, et al., household names when they went missing…virtually nobody knew about Stacey English when she went missing. Her photo may explain that.

Since the two Great Bankster Wars – WW1 and WW2 – the United States has only invaded countries (Korea, Vietnam, Libya, Iraq, Afghanistan, Syria, God knows how many countries on the Nubian Continent) with non-white citizens. Despite the Israeli military murdering 34 Americans on June 8, 1967, the United States and a vast majority of its [white] citizens don’t dare even talk about this terror attack.

Mr. Wilson’s family can only honor and celebrate the life of their fallen son, brother and friend. Black people will always be exactly what Webster’s Dictionary says they are to the Euro-Zionist empire: “dirty, wicked, evil, sullen, gloomy, disastrous,” etc. Black people control nothing on this planet and, frankly, never will if the same methods and mentalities are used, particularly the tendency to believe white liberals are our friends and allies, while only Republicans/KKK are enemies.

Insanity is defined as repeating the exact same behavior and expecting different results. The “we shall overcome” method obviously does not and will not work. Brother Minister El-hajj Malik al-Shabazz, aka Malcolm X, said it best:

But if we sit around and do nothing, the freeing of Mr. Wilson’s soul from the Biblical hell known as Earth will be in vain. Black people are going to die early anyway in this society; be it from incarceration, murder under color of state law, murder by lost souls who call themselves “gang members,” consuming genetically-modified foods and/or by some new biological weapon the imperialists decide to unleash upon us. I, myself, have told the hegemony my feelings about them and their world…so am not saying anything I don’t do myself.

Who cares what the blood-thirsty feral Euors think of us. We all love our young brother Alexander Wilson, and we all get a little stronger as our freed souls leave this hell, look down upon us, and tell those of us still stuck in human form and not serving as obsequious negroes to white liberals and/or conservatives the obvious truths most refuse to accept. The more we divest from this society, the more freedom, love and justice we have.

Remove televisions from your homes.  Homeschool your children. Cultivate your own sustenance. Accept the fact we are at perpetual war; which means training and arming ourselves with whatever is necessary to live peaceful, prosperous, proud lives.

Wealthy people are those with love, knowledge, peace and self-reliance in their lives. We’ve done it before, and we can do it again.

Thoughts and prayers are forever with the family of Mr. Wilson.